I know very little about Jewish culture, religion or history.  I do, however, have many Jewish friends.  I understand that Passover, is as important as the Holy Week events Christians celebrate.  I wanted to share with you what I’ve found, in hopes that you; like me, are a spiritual seeker! 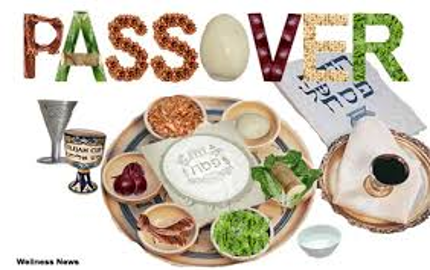 Passover (in Hebrew, Pesach) commemorates the exodus of the Jews from slavery in Egypt. The holiday originated in the Torah, where the word pesach refers to the ancient Passover sacrifice (known as the Paschal Lamb); it is also said to refer to the idea that God “passed over” (pasach) the houses of the Jews during the 10th plague on the Egyptians, the slaying of the first born. The holiday is ultimately a celebration of freedom, and the story of the exodus from Egypt is a powerful metaphor that is appreciated not only by Jews, but by people of other faiths as well.
For the complete explanation along with foods, celebrations and rituals, check out this link!